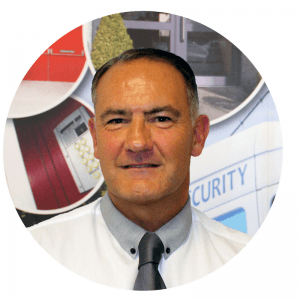 Bradbury Group is pleased to announce the appointment of Bill Morran FCCA, as Group Finance Director. Bill replaces Jim Connell as FD, who will remain a non-executive director of the Bradbury Group, as well as taking on the role of Finance Director at the newly formed Cross-guard Ltd.

Originally hailing from Hammersmith, Bill began his early career in North London before moving to Lincolnshire with his wife and two children in 1999.

Bill has gained a wealth of financial management experience throughout his career, having worked as a Finance Director within PLC groups as well as VC and Privately owned companies including Britton Merlin Limited, John Greed Group and TSC Foods, as well as owning and managing two of his own businesses. With almost 20 years’ experience in manufacturing SME’s at board level, Bill is well placed to succeed Jim Connell as Finance Director for the Group.

Commenting on his appointment, Bill said, “The ambitious, ‘can do’ attitude of the company is initially what attracted me to this role. I am excited to be joining Bradbury at such a pivotal time of significant further planned business development – after experiencing a period of rapid growth, we are now positioned as market leaders in the steel door manufacturing industry. I look forward to working with the Bradbury board of directors to manage this next phase of profitable and sustainable growth, and I truly believe the company can achieve its vision of becoming a truly ‘world class steel door manufacturer.”

Tim Strawson, Managing Director of the Bradbury Group, comments, “Bill brings with him a wealth of experience and a deep understanding of delivering profitable and sustainable business growth, and we look forward to his valuable contributions to the company.”