It has been announced that the latest Ariane 5 ES rocket has been loaded with four satellites and blasted off from French Guiana, joining 14 other satellites to become part of Galileo, Europe’s global navigation network system (GNSS). The Galileo satellites will boost Europe’s satellite navigation capabilities, reducing their reliance on America’s Global Positioning System (GPS).

Bradbury have been integral in providing physical security for the computer servers that are protecting Galileo’s data. Our team of installation engineers completed the final installation of an Extendor Eclipse SR3 cage* last week, protecting the latest phase of servers.

With 24 satellites and 6 spares, Galileo will be more reliable and accurate, allowing Europe increased independence in its military capabilities and defence.

*Bradbury’s Eclipse range offers the only grilles and cages worldwide that are certified by the LPCB to LPS 1175 SR3, and hold CPNI accreditation. For more information on our portfolio of grilles and cages, please click here, or contact us via 01724 271999 or sales@bradburyuk.com. 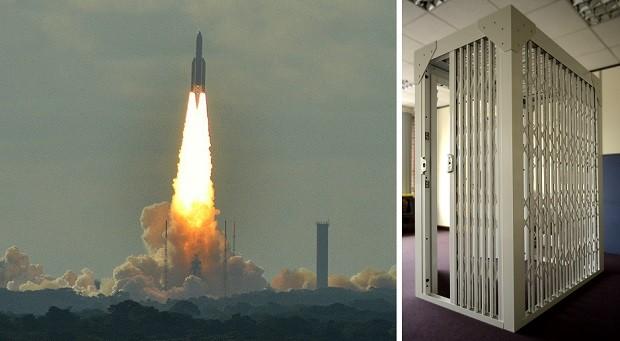 This is Engineering Day

In recognition of, This is Engineering Day, we spoke to Adam Hickinson, Engineering Supervisor at Bradbury Group, about why he enjoys working in engineering and advice on pursing a career in this industry.

Are you a creative and experienced marketer looking for a new opportunity to work on marketing activities for the largest UK manufacturer of physical security products? Apply for our Marketing Executive role here: https://bradburyuk.com/job/marketing-executive-2/